Check out this awesome band heading out of Australia!

“New Nobility” has taken the indie charts by storm across the globe with Galactic from their newest album BLUE BUTTERFLY (REVOLUTION). Following on with their second track from their EP, the title track “Blue Butterfly (Australia)” pays homage to their Wide Brown Land. “Let’s Make A Better World” leans more towards an‘every man’s’ pop rock sensibility. New Nobility is an apt name for a band who delivers a ‘breath of fresh air’ rock sound. Melodious rock like this doesn’t often come from Australian shores – and how the UK and US are taking a shine to these fine musical craftsmen on a clear mission. They have won numerous awards including the Music Aid Award for “Best Band 2007” in the U.K, World Peace and Music Award in India and Song of the Year 2011. While the band can be likened in places to previous great bands of the 80’s/90’s like Giant or perhaps Kings X et al, this band is clearly offering a universal rock sound with an obvious Australian flavour – political at times, but as the state of the entire musical world in which we create music in 2010 clearly shows, these are the voices, reactions and thoughts of the now evolved. Influences Prince, U2, Neil Young and Supertramp.

New Nobility latest release can be found on iTunes, Spotify, Rhapsody, Amazon,iRdio, eMusic and to over 2,000 online music stores around the world. New Nobility has a nice cool, edgy songs feature chilled out beats and catchy hooks, blend with real nice vocal and great guitar licks which makes them perfect for contemporary Urban-themed Film, TV, and Commercial projects. 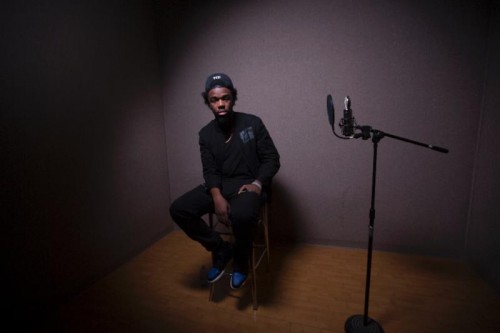 Toni Braxton has returned, along with Babyface!

After almost four years since she released her last studio album, ‘Pulse.’ Toni Braxton & Babyface have collaborated together for an amazing album ‘Love, Marriage & Divorce.’ Many fans may have kept up with Toni in her appearances’ on the WE TV’s hit show ‘Braxton Family Values.’ Recently, Babyface began making appearances on the show. Towards the end of the series 2014 season Babyface, and Toni began collaboration efforts in the studio for at the time an untitled album.

Check out their latest video below:

Love, Marriage & Divorce is one of best studio albums released since the early 2000’s. If you’re a fan of quality vocals, and excellent composing from the best musicians/songwriters ever well then you’ll appreciate this album!

REVOLT NATION: JAMAICAN QUEENS ARE OKAY WITH BEING VULNERABLE

During our REVOLT Nation Tour stop in Detroit, we met up with a band by the name of Jamaican Queens, who took us into their abode to show off their tranquilizing sounds and explain the obstacles they’ve encountered along their path.

“There’s something positive that comes from being okay with being vulnerable,” said one of the band members about the creation of their tunes. “Some people don’t understand, to choose the lifestyle where it’s not promising with money but it’s satisfying in so many other ways,” another member added, before affirming, “I love being a musician and even if it means that I have to make a lot of other sacrifices.”

For every pursuit of happiness comes sacrifices, and the Jamaican Queens’ story is something that is shared with plenty other blossoming musicians. Check out our profile of the band above, and stay tuned for continued content from across the country, via REVOLT Nation

It’s interesting to see how MTV consistently makes up award categories each generation, or decade , or millennium. Wait what is this award for again?