Are you a subscriber of beats music? It’s worth checking out even though they might merge with iTunes in 2015, enjoy it while you can!

According to Revolt Beyonce is going to re-release her self titled album!

As the stories, rumors, and BeyHive prayers continue to spill over on to the Internet today, it looks like we’ve got a slight leeway into whether or not Beyoncé’s surprise Volume 2 album is actually on the way.

With speculation that the release is coming November 24, seemingly confirmed by a Amazon UK  posting a placeholder for the untitled four-disc Beyoncé set, there’s still no concrete word as to whether or not we can expect a follow-up.

Foxy Brown a victim of a Janky Promoter situation ? In concert with @MasonBetha or Nah?

Rap star Foxy Brown took to Instagram today to announce she would not be in concert this evening at the O2’s Indigo Club in London. Brown was one of the scheduled performers this evening along with Ma$e and FatJoe. Within the last 24hrs something seems to have gone wrong.

She also posted what appears to be Ma$e at an empty concert setting with the caption, “GOD don’t like ugly Pastor Mase”. Brown alleges she will be addressing this situation with English DJ/Presenter Tim Westwood. Hopefully, this is all a big misunderstanding! 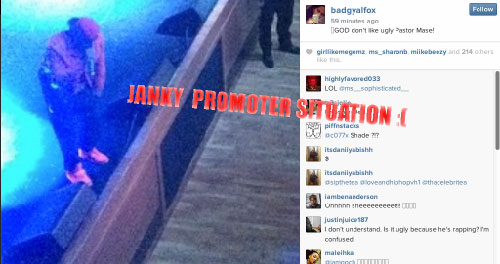 A attendee of the concert posted clips on instagram, and the concert hall looks almost empty!! 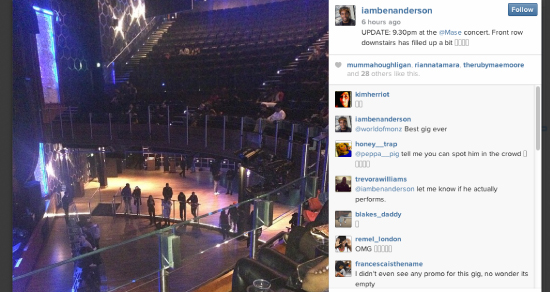 A tour of Chicago, or a walk down memory lane?

One thing is for sure Brown has remained loyal to true r&b, and shows the utmost respect to the WestCoast by keeping the best version of his hit “Loyal” on the album. X is one  album where you wont want to skip any tracks. Each track is significant in its own right,  and worthy of a listen. Make sure to support breezy and enjoy some feel good music this fall! Take a listen to his latest single below: